Contractors have carried out a major upgrade to the car park, this includes the following;

Car park fenced from the road with a hawthorn hedge planted along the fence boundary. The stile access to the downstream fishery is still in place with access to it improved.

Improvements to the track for Cleeve Prior meadows 3 to 8 (by Stubbs Pool) have been completed. An additional 80 ton of type 1 stone have been added to the bottom end of the track, this will be 200 ton in total down the far end where its was in a really bad condition.

Also found rubbish dumped outside our gate on the track, request made to BAA HQ to find out if on our land and hence our problem. 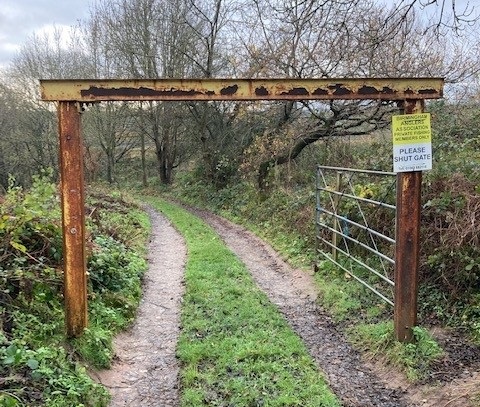 Had request to remove a fallen tree from across a peg upstream of the car park. 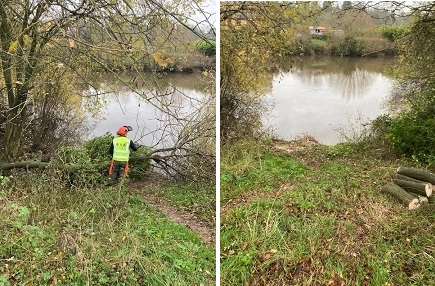 Replaced the bridge at bottom of entry track to car park and made good two pegs nearby.

Removed all the fallen trees that had been washed down in an earlier flood and were blocking the foot bridge across the gully to the left of the main car park.

On Wednesday 5th, the Avon was in flood preventing us carrying on with the platform build work at Wasperton, instead 3 of us did a litter clean up at Fladbury.

We started in the roadside car park near the weir removing and bagging a lot of litter.

We had previously arranged with a local farmer to get the road side verge cut between the car park and the entrance to the down stream fishery on the right hand ben, we followed this up clearing the litter on the verge and cutting back tree branches where required.

We finally walked the fishery from the weir island all the way downstream collecting litter on route.

We collected a number of bags of rubbish which Craig took to his local waste disposal facility, the smell in his 4x4 was quite unpleasant.

On Monday 10th, the Avon was still flooded preventing any work at Wasperton, so the Fisheries Team visited Retreat Farm on the Severn to remove some fallen trees in the wooded area of meadow 2 that were blocking the footpath along the river bank. Below are the before and after pictures.

On Wednesday 12th we still could not work at Wasperton due to flood water levels, so instead we visited Eastham Bridge.

Since the cark park at Eastham Bridge was completed, some of the new fence horizontal boards have been removed and stolen. The missing boards have been replaced and all the fixings of these boards to the posts have been improved to make them more secure, hopefully preventing future loss.

We also took the opportunity to cut down and remove some trees near the bridge that were leaning over the river to improve access to the bank. A pile of cut-up logs has been left at the top of the car park for members if wanted, if you do take any please leave the area tidy. 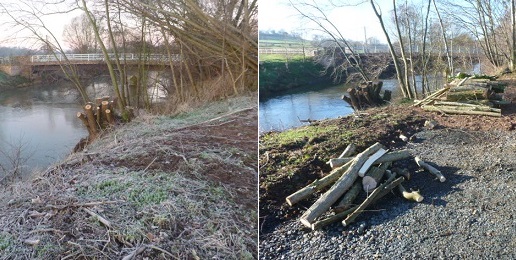