This well established pool holds 55 pegs and contains carp, roach, bream, tench, eels, perch, pike, zander & rudd. Depths range from 4 to 8 feet. Methods include pole and float in contests. Legering for the bigger specimens. Bread, corn & maggots are the most popular bait for match anglers, whilst boilies & pellets are favoured by the big fish anglers.

Uckinghall Pool: From M50 Junction 1, turn north on A38 (signposted Worcester), then turn left at sign for Ripple and then Uckinghall. An alternative route is to travel south from Worcester on the A38 and turning right at the sign for Uckinghall.

NIGHT FISHING BY PERMIT ONLY. 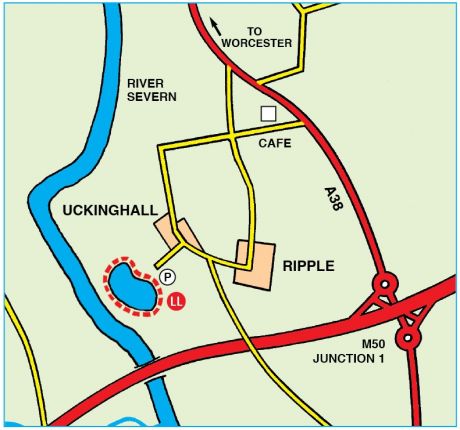