I always thought that the Severn Bore was a phenomenon of the estuary and spring tides, declining to nothing around the Gloucester area.

As I reported in an earlier news item about Uckinghall, the Fisheries team could not work there as planned on Wednesday 13th April as the Severn was up a few feet which also flooded Uckinghall Pool. As a result of this we checked the level of the Severn on the EA website (perhaps we should have done this before all turning out at Uckinghall!), the result was curious! 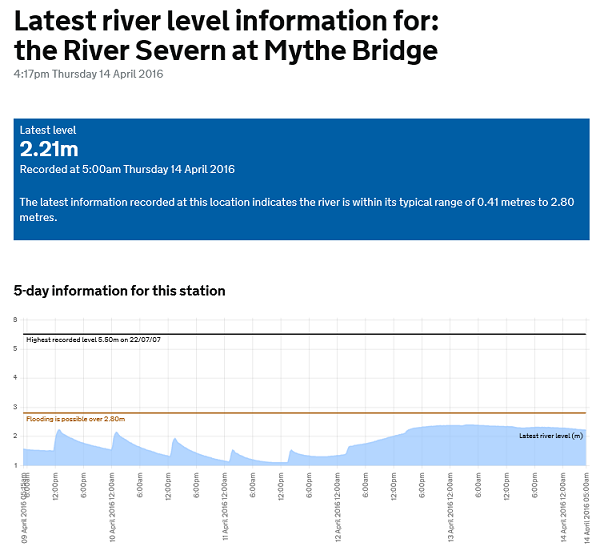 Not so much the increase in river level from the 12th April onwards that was just the Severn going up as a result of recent rain, but the peculiar sudden rise in level and then a steady fall which was happening very regularly twice a day. All I could think of was the tide that happens twice daily. Checking on the tide times for the Severn Estuary I realised that it was one of the times of year that the Severn Bore was occurring. 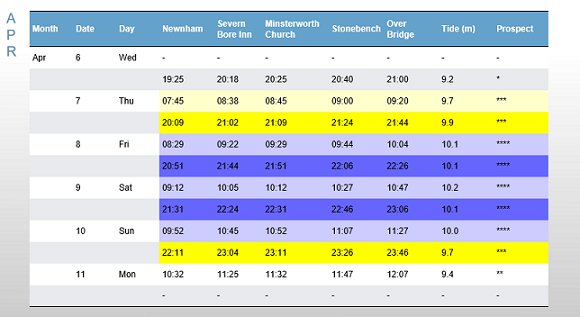 The Severn Bore timetable for April this year shows the Bore height peaking around the 9th April and then reducing over the following days, this matches the EA river level graph for Mythe Bridge with peaks in level around the 9th then reducing over the following days. This got me interested to see just how far upstream the effect of the Bore could be measured. The next EA measuring station is at Saxon Lode, near Upton On Severn, the effect was still measurable; 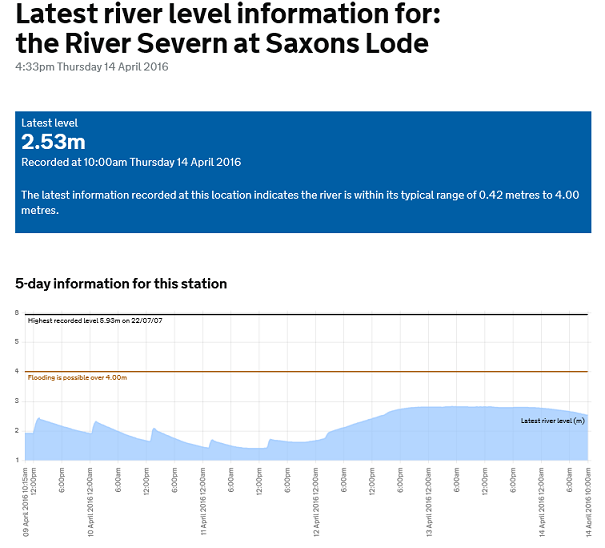 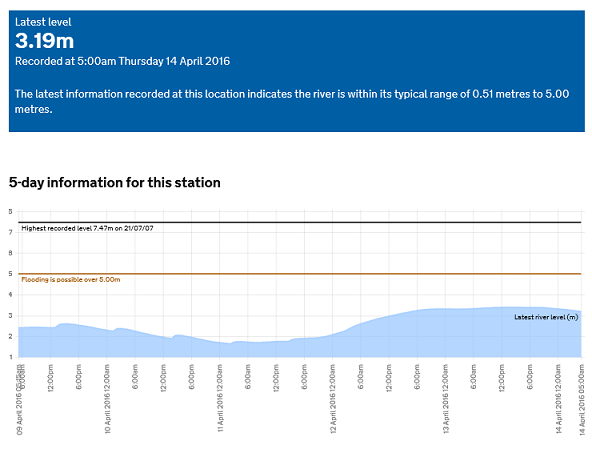 The effect was no longer measurable at Diglis within Worcester, where I assume any further upstream impact is blocked at Diglis Weir/Lock.

If my assumptions are correct, then the Bore must be cresting over Tewkesbury Weir. I don't know if this happens whenever the Bores occur or is also dependent on the river level at the time with extra water allowing the Bore to pass over the weir? So, if you are fishing the Severn between Worcester and Tewkesbury and the river goes up very quickly, you may have just witnessed the far extremes of a Severn Bore.