The first footbridge over a small side stream to the River Teme just downstream of the car park was recently damaged when removing a fallen tree. As a result the Fisheries Team returned to rebuild the bridge. 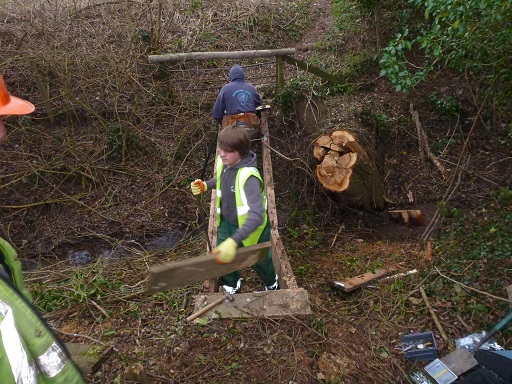 Preparation for the rebuild, you can see the broken right-hand support. We also managed to reduce the average age of the Fisheries Team as one of the team members grandson joined us for the day as he was on half-term holiday. 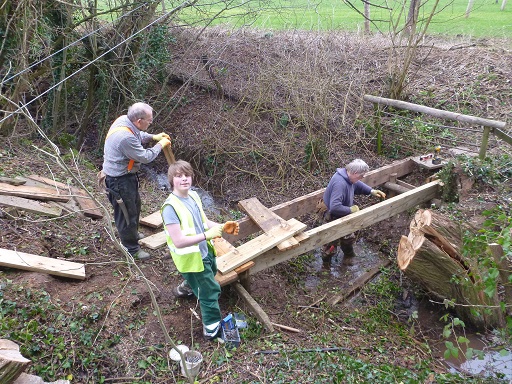 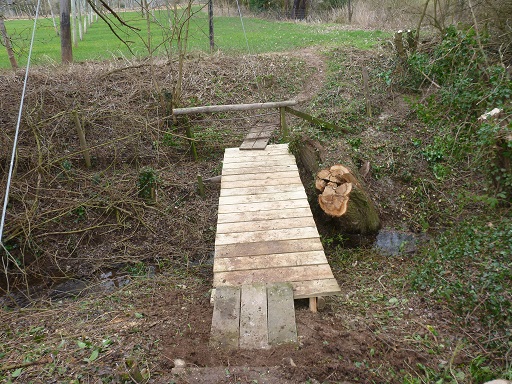 The finished bridge. We also cut back the nearby trees to reduce the risk of future damage/obstruction.

A fence has recently been put across the hop field just downstream of the rebuilt bridge, making access along the bank difficult, so at the same time as repairing the bridge we built a stile over the new fence. 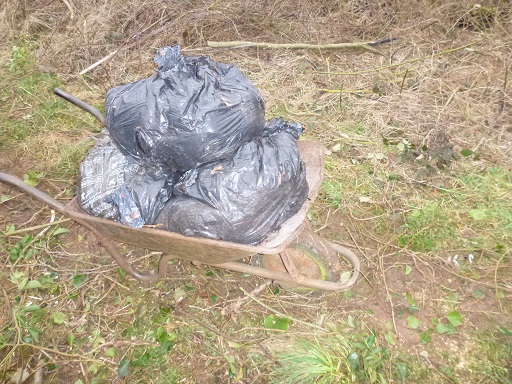 We also gathered up a considerable amount of rubbish that had been dumped around the car park some of which is shown above.